Earlier this month, we at SLS experienced a first in appellate jurisprudence when our own Robert Greenlaw was tasked with responding to an appeal in which the claimant requested the Division Appeals Panel reverse a CCH Decision in his favor on issues of extent of injury, MMI, impairment rating and disability.  Yes, you read that correctly – despite the fact that the Carrier had accepted all conditions previously in dispute, and the fact that the designated doctor and post-DD RME doctor agreed (as did the Carrier) that the claimant reached MMI on the statutory date, rather than an earlier clinical date – the claimant insisted on a CCH.  Not surprisingly – at least to the Carrier – the ALJ found that all of the claimed conditions were compensable, pushed the MMI date out to the latest dated allowable by law, assigned the impairment rating agreed upon by both the designated doctor and the RME doctor, and awarded almost 10 months of disability.

Incredibly, for reasons known only to the Claimant, he asked the Appeals Panel to reverse that decision.  As Mr. Greenlaw pointed out in his response to this novel appeal, the claimant expended extraordinary efforts throughout the life of his claim in complaints about his adjusters, doctors, ombudsmen and, of course, the Carrier’s attorney.   While the Carrier did not appeal the D&O, Rob found himself agreeing with the claimant on appeal and joining in his request that the Appeals Panel reverse the CCH D&O in his favor on all of the issues. 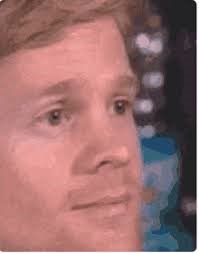