Chiropractic for Babies?
Early Engagement in the Battle Against Subluxation 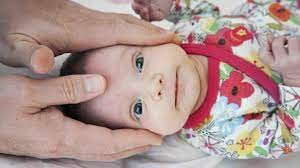 Chiropractors play a vital role in the Texas workers’ compensation system. Therefore, we like to keep our readers apprised of the latest developments in the field of chiropractic.

We don’t know much about TikTok; however, we understand this social media platform, which enables subscribers to create and share short videos, is “blowing-up” over a controversial new trend: chiropractic treatments for babies….babies as young as 6 days old.

Proponents claim that the gentle “baby adjustments” are effective treatment for a variety of baby ailments including colic, constipation, reflux, musculoskeletal issues, and even the trauma experienced in childbirth.

Although manual treatments to address spinal conditions in adults were reportedly used by Hippocrates around 400 B.C. and by Buddhist monks dating back over 2,000 years, chiropractic as a “modern” profession began in 1895 when Daniel David Palmer adjusted the spine of a deaf janitor which, Palmer claimed, restored the janitor’s hearing. The primary issue, we understand, is subluxation. Subluxations, or misalignments of the spinal vertebrae, are thought by chiropractors to compromise and influence the function and health of the nervous system in general and the various organ systems in the body. Proponents argue that adjustments by a trained, qualified, and knowledgeable practitioner to correct subluxation therefore promote proper nervous and organ system function and health in general.

As you might expect, many physicians have expressed concern that spinal manipulation of babies places them at greater risk for injury to their soft developing bones and over-stretching of their looser joints. According to an article in the Washington Post, one orthopedic surgeon at Children’s National Hospital in Washington D.C., Dr. Sean Tabaie, commented that there is no way one would achieve improvement in a newborn from manipulation. “The only thing you might possibly cause is harm.”

On the other hand, a recent study of 58 colicky babies in Spain found that light touch therapy resulted in a significant reduction of crying in those babies receiving the treatment. The parents of the babies were aware of the treatment, however, which can cause biased reporting of results.

And following a 2021 study in Denmark of 185 colicky babies, researchers indicated data suggested that babies receiving chiropractic treatment “seemed” to cry less; however, the findings were deemed not to be statistically significant.

Call us old-fashioned, but we think we would opt for the extended 3:00 a.m. car ride to soothe a colicky baby.